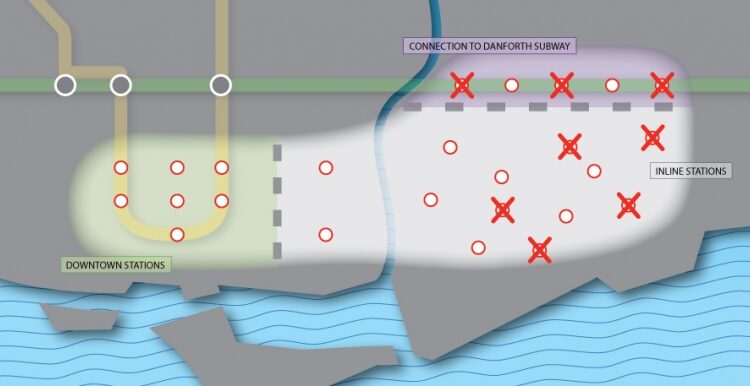 Ontario Supporting Next Steps for the Relief Subway Line

As part of Moving Ontario Forward, the province is supporting planning and design work as well as route and station locations for the proposed Relief Line that will improve transit and help manage congestion on the Yonge Subway line.

Ontario’s transit agency Metrolinx will be receiving more than $150 million to work with the City of Toronto and the Toronto Transit Commission (TTC) on advancing the planning and design work that will ensure the proposed line is shovel ready, making it easier for people to travel around the Greater Toronto Area.

Ontario is making the largest investment in public infrastructure in the province’s history – about $160 billion over 12 years, which is supporting 110,000 jobs every year across the province, with projects such as roads, bridges, transit systems, schools and hospitals. In 2015, the province announced support for more than 325 projects that will keep people and goods moving, connect communities and improve quality of life.

Expanding and creating new transit projects is part of the government’s economic plan to build Ontario up and deliver on its number-one priority to grow the economy and create jobs. The four-part plan includes investing in talent and skills, including helping more people get and create the jobs of the future by expanding access to high-quality college and university education. The plan is making the largest investment in public infrastructure in Ontario’s history and investing in a low-carbon economy driven by innovative, high-growth, export-oriented businesses. The plan is also helping working Ontarians achieve a more secure retirement.